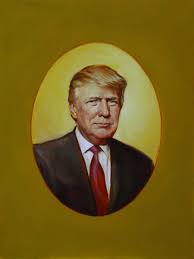 “In order to make America great and glorious again I am announcing my candidacy for the President of the United States,” Trump said in front of a crowd of supporters at his Florida golf resort at Mar-a-Lago.

“Everyone was thriving two years ago,” said Trump citing his administrations successes such as a great economy, conquering ISIS and that the US was out producing China. He then insinuated that China was to blame for his perceived irregularities in the 2020 election.

Trump cited President Biden’s failures such as the military pullout from Afghanistan, inflation, energy dependence, the alleged rise in violent crime, and that fact that our border is being invaded by all types of migrants bringing in illicit drugs.

Simultaneously, while Trump was giving his speech, Biden was speaking to the G20 about Russia’s possible missile strike that hit Poland. Trump used the opportunity to say that if he were president Russia would have never invaded Ukraine.  He added that even the Democrats have admitted this as true.

Trump also faulted Biden for doing nothing about the threat of nuclear war while supporting the Green New Deal to fight Climate Change. Trump dismissed climate change as something that will mildly effect the world in the next 200 to 300 years and said it was much less important than the nuclear threat.

“The current state of the country is not a fate that we have to accept” said Trump, and added that things will be much worse by 2024. He said voting will be much different in two years rationalizing why the Republican did not win 30 to 40 more seats in the House of Representatives as predicted. “The public didn’t know how bad things were” but that they will in 2024 he said.

Trump corrected his naysayers by declaring that 232 of the candidates he supported actually won their races while only 22 lost.

Trump ended his comments on the Republican’s victory in the 2022 election by saying that Nancy Pelosi has been fired and is on her way to another country.

“This is only the beginning of our fight to rescue the American dream,” said Trump.