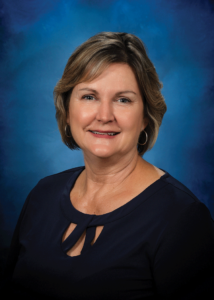 Four of the seven challengers in the race for Visalia City Council are in their 30’s or younger and Justin Bolton – one of those candidates – thinks that is a plus.

“I think it is fantastic that the younger generation wants to take a stab at politics,” said Bolton. “Someone who is 50 or 60 years old, basically twice my age, aren’t going to be alive to see the changes they make to the city and it’s kind of sad, whereas a young person through their political career can actually see their accomplishments.

“Me personally, I would love to see my accomplishments before I kick the bucket.”

Neither of Bolton’s challengers are ready to “kick the bucket,” but they do bring the same enthusiasm and commitment to civic duty.

My goal is to be the voice of the people

Bolton is running because of a saying his grandmother would often tell him. “You are not allowed to complain about politics if you are not going to try and make a change.”

His biggest issue is “making sure the people are heard. It’s not about the city, it’s about the people,” he says.

Bolton said the new animal shelter building, located by the airport, is a $20 million building and only seven years old, “but some areas of the facility are falling apart,” he said.

There was a leak in the roof that was going into the light fixtures, he said, and the flaps on the kennels were falling apart among other things.

“What’s to say if this building is like that, who is to say that all the buildings are not like that?”

Bolton said he has been going door to door to get a grassroots view of which issues are important to his district. He said the biggest one is homelessness, drug abuse and mental health.

“I’d like to bring back the idea of the state mental health hospitals. All these homeless are getting shipped in from other counties and the state,” he said. “Instead of shuffling them around, people need to have a safe place to go and get the help they need.”

Bolton suggested a Visalia facility, similar to the former state hospitals, that could provide a 90 day care plan to get them off drugs of stabilize any mental health issues. He said he would get small businesses involved to offer the stabilized residents jobs after 90 days.

“We need to give people a second chance,” he said.

“A lot of his ideas were similar to the things that I want to do, that I want to push. For example the farmers, I want to help them,” he said. “If you are going to sit there and siphon away their water well then how are you going to feed the nation?”

Bolton said he did not read local newspapers and preferred to get his information straight from the source, such as going door to door or attending city council meetings.

As a result, he was not well versed on the other issues facing Visalia such as the ag mitigation program, the Industrial Park, or the current controversy over Planned Parenthood.

Bolton was raised in San Diego and moved here with his wife who is an ag teacher in Fresno. They have two small children.

David Farris – a combination of bold ideas and youthful energy

David Farris is bursting with new ideas and can envision the synergistic connections between the challenges Visalia faces and the solutions to those challenges.

Farris suggests tearing out the hundreds of acres of nut trees the city owns and installing solar panels.

“Nut trees use a lot of water,” he said. “Why are we watering acres and acres of farm land when we already know we don’t have the water that the city needs?

The energy generated could power the reclamation plant, he said, and charge the city’s electrical fleet that will soon include all buses and garbage collection trucks. The city could then sell the extra power back to Southern California Edison.

“There are so many opportunities,” he said

He also suggests that the reclaimed water go to more than just watering municipal facilities like golf courses.

“Expand it. In Catalina Island they use salt water to flush all toilets. Visalia residents could be using all grey for their landscaping,” he said.

He believes Visalia also needs to take advantage of those rare rain events that bring a lot of water and construct forced water injection wells to replenish our aquifer.

Farris also says Downtown businesses could use more support from the city council. The city awards tax incentives to big box stores, Farris said, such as Costco – and is doing the same for the planned Great Wolf Lodge out on Caldwell and highway 99.

“They should be offering the same tax incentives to local developers and businesses. We need to quit giving away money to people who siphon it out of our community and give it to people who keep it here,” he said.

Concerning pot dispensaries, “For better or for worse Visalia already has whatever effects is going to have from having pot in our community. So all we are doing is giving away the revenue to surrounding communities. Why don’t we get it and solve the homeless problem and give the rest to Park and Rec or make more bike paths.”

“There are so many opportunities, and the city just isn’t taking advantage of them.”

Farris feels the ag mitigation program was not canceled per se but will be reinstated with clearer guidelines.

As for the Industrial Park he is for more flexible zoning to support local entrepreneurs to set up businesses there.

Farris was raised in Ridgecrest where he worked for the family business. “Farming, electrical, bar tending, you name it I’ve done it. I know what it takes to run a successful small business.”

Farris currently works at an engineering firm as a software developer. He and his wife, who is a sixth generation Visalian, returned in 2010 to raise their family.

Farris has a long list of community service grpups in which he is affiliated: the Visalia Rescue Mission, Visalia emergency Aid, Salt & light, Sequoia Symphony and the Visalia Parenting Network.

Council member Liz Wynn has a long history of community service in Visalia long before taking her seat on the city council.

Wynn said she was blessed to have a very supportive husband, family and employers who encouraged her volunteer work.

“I was active in the Chamber of Commerce and one of the early chairs of the Christmas tree auction.  During my career I began volunteering for various local campaigns helping primarily local races for sheriff, board of supervisors, council, local bond measures, etc.  While on the planning commission, I was active in many committees that dealt with long range planning including updating the Housing Element and planning policy updates.

The issue of homelessness is not going away anytime soon says Wynn, and there is a huge shortage of drug rehab and mental health facilities and professionals in the Central Valley.

“Visalia needs to take action to address the root causes of homelessness.  We must work within the State’s legal requirements to make sure our HOPE public safety team can be effective in working to mitigate the homeless persons in Visalia.”

Wynn added, “Proactively we need to invest in the youth before they become involved in unhealthy activities like smoking, drugs and gangs.  PAL, ProYouth, and the Boys & Girls Clubs provide positive alternatives and influences for children before they end up as adults on the street or in prison.”

During Wynn’s year on the council she has voted to explore the possibility of pot dispensaries.

“Before any decision is made, it’s very important to hear from Visalia residents because their opinions matter. We need to involve local law enforcement in the discussion because we don’t want to do anything that could impact public safety. If we decide to move forward and allow dispensaries, we need to be very clear on our taxation plan, revenue allocation and location of shops to minimize impacts.”

I will work to ensure that this city is the best it can be.”

“I have taken vacation days to visit public safety buildings to see what is recommended for our city, said Wynn.” “As technology and public safety evolve, we need to plan for a future with facilities that will serve our city for decades. I have spent hours with the finance staff reviewing the budget and understanding how tax revenues are spent.”

“I have always believed that to make a difference we must roll up our sleeves and jump in,” she said.