Candidates running for Visalia City Council in District 4 are trying to capture voters’ attention as the election draws closer.

Four out of the five city council seats are up for re-election this November and District 4 is an open seat that will be left vacant by Council member Greg Collins. The three candidates who are vying for the seat are Marie Line-Labbee, Emmanual Hernandez Soto and Bob Ainley. 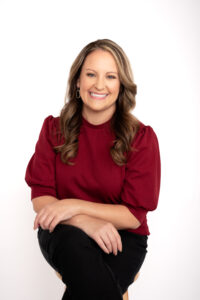 “Honestly, being a woman in a leadership position is becoming more common, but it needs to be more common than it is,” Line-Labbee said.

Line-Labbee was born and raised in Visalia, and as she likes to point out, she is a third generation Visalian. She attended Chapman University in Orange County and received a bachelor’s degree in organizational leadership. Line-Labbee is a single mother of two children.

“Ten years ago, I found myself homeless with a toddler and pregnant. I was sitting in a clinic waiting for my doctor’s appointment feeling super discouraged, and I looked at the Board of Directors wall. I said [to myself] one day I am going to be on that wall and change things,” said Line-Labbee.

Line-Labbee has since realized her goal and gotten on that Board of Directors wall.

She says that her motivation to create better services for homeless people, and her drive to be a role model for her children have gotten her this far.

Line-Labbee, a small business owner of a digital marketing company. has been the chair of the Visalia Chamber Ambassadors, boards for networking for women, Children’s Ark Learning Center, and the Miss Tulare County Pageant. As a child, Line-Labbee’s father took her and her siblings to work at Sister Ursula’s Kitchen — now known as the Bethlehem Center — and this is where she started serving the homeless population in the community.

“When I see a problem, I’m a problem solver. I slowly worked my way up to become a small business owner and being involved in the community,” she said. “So, when the seat opened in District 4 it was a natural progression to be a decision maker in the community and have a voice in a bigger way.”

Her approach to the rising homeless population is to continue the programs available in the city such as the heating and cooling station, Navigation Center, food services, mental health, and low-income housing. She believes that there is not one way to tackle the homeless situation, but to acknowledge different types of homelessness, like the chronically homeless, people that are close to being homeless, and people that are homeless and trying to get back on their feet.

“One of the top issues I am running on is public safety, and in my mind that includes the homeless population they deserve to be safe just like anyone else in our population.”

Another issue Line-Labbee acknowledges is dispensaries in Visalia. Her own personal experience using medical marijuana for her daughter’s medical condition has given her a positive outlook on legalizing them. Line-Labbee stresses that marijuana is already in the community, so it would be more beneficial for the city to get the tax revenue. Affirming that if dispensaries are allowed in Visalia, Line-Labbee believes it will help the police force regulate it.

When asked about the Planned Parenthood relocation on Mooney she noted that the City Council could have handled the situation better.

“We are doing our community a disservice,” said Line-Labbee.

While on the topic of community events, Line-Labbee stated that The Source LGBTQ+ was out of line with handing out flyers at a Visalia high school. But she mentioned that The Source is a helpful organization and that it was smart of them to cancel the Fox theater event due to threats. She pointed out that it is important for all members of the community to have a safe space, like The Source.

Line-Labbee stated that the City of Visalia did its best in the wake of the global pandemic. She mentioned that they were very supportive of local businesses by encouraging citizens to use GrubHub and DoorDash to help small businesses.

Candidate Emmanuel Hernandez Soto was born into a family of five siblings in Tulare. He attended Tulare Western and went on to graduate from the College of the Sequoias. He then transferred to UC San Diego, where he received a bachelor’s degree in communications and an associate degree in political science. He purchased his home with his significant other Christyann Lenarez in the Historic District of Visalia.

Soto believes the city council needs Latinos and younger members like himself to represent the younger demographic.

“We don’t have younger people on the council to represent [that] age demographic. And, Visalia is 50% Latino, and it is only right that we have someone that is Latino or Latina that is on the Council,” said Soto. 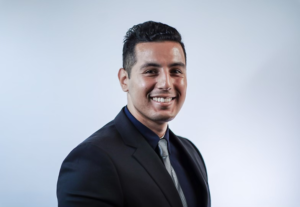 Homelessness is a personal matter for Soto because he lives near the oval– an area with a large proportion of homelessness. He adds that the city is doing a good job of trying to help the homeless population with services such as the Navigation Center and the Salt + Light project. But homelessness has also affected his family, due to a relative that has dealt with homelessness due to drug abuse.

“A lot of the organizations in Visalia work for some but don’t work for others. I believe in providing different avenues,” said Soto. ”You wish you could help everyone, especially those close to you.”

Soto emphasizes the need for increasing Visalia’s tax revenues through such businesses as pot dispensaries. locating them away from schools, and homes, possibly putting them in the Industrial Park. This revenue could be used to aid first responders, build parks, and infrastructure where the community needs it. Soto pointed out that the Visalia Police chief mentioned that the regulation of marijuana would be easier if dispensaries were in Visalia rather than citizens receiving products outside of the city.

Soto found that the city’s approach to the Pandemic was not good or bad. “The city handled the Pandemic as well as they could,” he said. Soto agrees with the city’s position in not enforcing masks for private businesses.

He disagrees with the decision by Fox Theater to cancel the event with The Source LGBTQ+. He mocks Americans for being closed-minded when controversial issues occur, even though we as a nation pride ourselves on freedom.

Bob Ainley’s father was a teacher at Golden West High School where he and his four siblings attended.  He went to UC Davis and received political science and organizational sociology degrees. He attended graduate school for a master’s degree in international security, and then he went to law school, where he specialized in criminal and business law.

During his summers in college, he worked as a mall claims advisor for Tulare County, and for the district Attorney’s office in Fresno where he traveled to Austria to work with global experts on the human trafficking database.

“I really love this town,” said Ainley,” I help run small businesses in this area, and it’s really rewarding.” 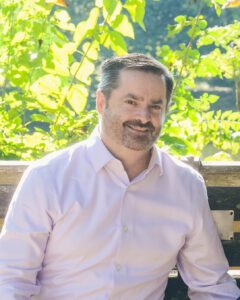 “I am running because I think I can offer the city council a wealth of experience and a good perspective. There was a lot of encouragement from local leaders and local figures. And the big tipping point was my wife was a huge encouragement.”

Ainley is married and has one daughter who is three years old. He has served on countless boards in Visalia such as California Law Enforcement, Wish upon a Star, and Family Services as vice president. Most recently he has served on Tulare Chamber of Commerce and the College of the Sequoias foundation.

“There is the desire to continue serving the community more than just on the board memberships and local nonprofits.”

“Homelessness is not going away. The city needs to support non-profits like rescue missions to have the biggest impact. I think the whole city needs [to work together]. But, there is no easy solution,” said Ainley.

A concern for Ainley is future dispensaries. He expresses his desire for a more expanded conversation with experts and members of the community to shine a light on the non-economic benefits of dispensaries. He thinks there should be more of a discussion highlighting public safety and health safety.

“My default position on dispensaries in Visalia is I am skeptical of it for [this] community,” said Ainley.

When asked about Planned Parenthood, Ainley said he felt like the City Council opened a safe forum for both sides to argue. Ainley’s opinion is that discussing difficult topics should take place, especially at the city level. Ultimately, Ainley stated it was the landowner’s decision, not the council’s decision to not allow the relocation of Planned Parenthood.

“From the city council’s position it is important to view it as a zoning issue,” Said Ainley.

A city issue Ainley is not against is a new ag mitigation program, but he thinks this time it should be created with the correct technical rules. Ainley emphasized the procedures of the program are as important as the program itself.

“As someone who is pro-growth, I generally believe ag mitigation is a positive”

As a businessman, Ainley agrees with how the city council handled the Pandemic. His belief is that business owners “should be allowed to make their own decisions”.

In the case of the FoxTheater canceling The Source event, Ainley argued it was not a city council issue and had no comment. Except, that all controversial matters in the community should be discussed politely.

Each candidate has their own perspective on different issues related to Visalia, but they all have a sweet tooth for ice cream or baked goods.