Editor’s note: The Opinion Writer requested that all identifying information be taken out of the following letter. The Valley Voice has left an outline of the Opinion Writer’s complaints about a family member’s burial. This editorial was updated July 13 at 11:00am 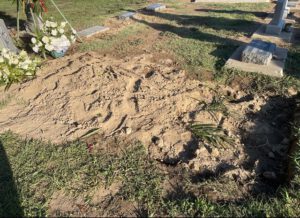 “I want to give the Tulare Public Cemetery District Management and Board Members an opportunity to accept this letter as my official complaint and take the appropriate action to set things right in regards to ************ recent burial dated on *******, 2022.”

The Opinion Writer stated that they have several family members buried at Tulare Cemetery. Here is an outline of their complaints.

The opinion writer is asking for a refund of the cost of burial.