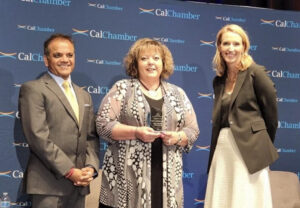 The Tulare Chamber of Commerce is one of 14 local chambers recognized today for its excellence in business advocacy and helping its members comply with California employment laws.

“Our top local chamber partners play leading roles as community problem solvers and the voice of business on public policy,” said Jennifer Johnson, CalChamber director of local chamber relations. “We commend them for all their hard work over the last year fighting on behalf of California business.”

President’s Circle Award recipients published vote records of their state legislators on key business issues, generated letters to state elected officials on issues of interest to members and participated in the CalChamber compliance product resale program at an exemplary level.

Four of the chambers have received the award all 14 years it has been presented.

The 2022 recipients of the President’s Circle Award are as follows. An * marks the chambers that have received the award all 14 years: