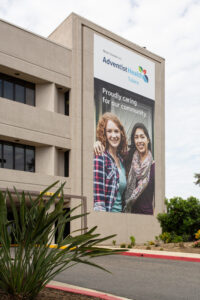 In a press release at the end of March, Adventist Health Tulare announced it had received a coveted renewal of its accreditation by “one of the world’s leading certification, assurance and risk management provider(s), but one patient’s experience contradicts that assessment.

By awarding its re-accreditation, DNV, the company that surveyed Adventist’s patient safety standards in Tulare, said the facility met or exceeded the Conditions of Permission established by the US Centers for Medicare and Medicaid Services. Hospitals must meet those conditions to receive federal funding from those sources.

“The DNV accreditation program is consistent with our commitment to quality and patient safety,” said Andrea Kofl, president of Adventist Health in the Central Valley. “The hospital’s successful completion of the accreditation process proves that it is following the best practices to provide the best experience for our patients, staff and visitors.”

But just a week before Adventist announced DNV’s renewal of accreditation, a Tulare woman said her husband spent two days being treated at Adventist Health Tulare, and she described a much less capable hospital. Her husband — the couple is not named in this article to protect their privacy — spent two nights in a barren room lacking heat, experiencing a series of ineffective interactions with staff, missing medications, and finding a lack of basic amenities.

The patient had presented himself at the emergency department in mid-March, with symptoms he thought indicated a heart attack. The patient’s wife said he’d avoided Tulare’s hospital for 20 years, but sought treatment there because he felt his life was in immediate danger.

He eventually checked himself out against his physician’s advice.

She hung up the call for help and got in her car to retrieve her husband.

“I said check yourself out. I’ll be right there,” she said. “The doctor let him check out against their advice.”

No Towels, No Toothbrush

The patient eventually learned he had not had a heart attack, but was suffering from acute pancreatitis instead, an extremely painful condition that his wife says was exacerbated by his treatment by Adventist Health Tulare.

“He was much, much better once he got home,” the man’s wife said.

Chief among the couple’s complaints was a lack of heat. Temperatures at night during their stay dipped into the low 40s. Complaints were met with additional blankets, but no explanation of why the heat was off or when it might come on.

“The late afternoon on the second day, the heat finally came on,” the patient’s wife said. “They kept piling blankets on him. I had a big coat on, because I tried to stay with him, but they shooed me out (at the end of visiting hours).”

There were also no towels in the patient’s room, and none were brought when he requested them. He was also not given basic hygiene products, which were also requested.

“We never got towels. We got four wash clothes that were yellowed,” the wife of the patient said. “On the second day, the gal brought the washcloths and the toothbrush.”

Most concerning, medications the patient was assured by ED staff he would receive were given late or not at all. The first day of his stay, the patient did not receive medication for hypertension and antianxiety, medications the hospital apparently had on hand specifically to administer in this case.

“They didn’t give him anything the first day or the second day in the morning,” his wife said. “When the doctor made his rounds, he acted like he really didn’t want to. After two hours, no meds.”

She then asked a nurse to bring the medications, but got nothing despite reassurance the issue would be resolved. Tracking down a second nurse yielded the same lack of treatment; a third nurse discovered the patient’s medications were in the hospital, but had not been properly entered into the system for distribution.

It was following that effort, when the patient’s wife had left, the patient reached his breaking point and discharged himself against medical advice. Besides lack of treatment and little response to requests, the couple also found the hospital room to be stark and inhospitable.

“The room was disgusting,” the patient’s wife said. “It was completely blah. There was nothing on the walls. It was like a mental ward, if you can imagine.”

We are disappointed when we learn that we may not have met the expectations of our patients. We constantly strive to deliver safe, high-quality and compassionate care to all of our patients. It is our hope that if a patient feels that we did not meet their expectations, they will bring their concerns to us so we have an opportunity to appropriately address them. We remain committed to living God’s love by inspiring health, wholeness and hope.

The wife of the man who felt his experience at the facility was going to take his life said she felt conditions and treatment at the hospital were not up to modern standards, comparing them to facilities in the 1960s.

“I was shocked,” she said. “Millions of dollars people have paid, and it’s terrible the way it’s been run.”

A spokesperson for Adventist expressed hope the patient in question and his family would contact the hospital directly with their complaints in hopes of resolving them. The patient’s wife said she did complain to a hospital administrator she is now unable to name.

“I was so upset. I told him, ‘What’s wrong with this hospital?’ It’s falling apart,” she said. “He said, ‘Well Adventist just took on more than they thought.’”

Her husband’s experience leads her to question Adventist Health Tulare ‘s ability to pay its bills.

“What’s going on with this hospital? Are they broke?” she said. “No heat. No towels. No amenities. That’s a sign they’re not paying their bills.”

She’s also worried others who have sought treatment there have had similar experiences they would like to share.

“I’m sure there are people out there with the same story,” she said.