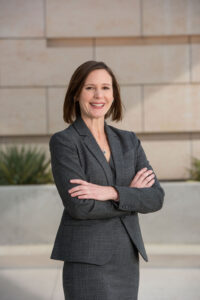 Sarah Hacker is running for Kings County District Attorney because she strongly believes in justice for all.  The District Attorney is the sole person who may prosecute cases in Kings County – which requires the District Attorney to be fair and just.  Cases should be prosecuted on the basis of whether a crime could be proved beyond a reasonable doubt.  During the current administration, Keith Fagundes has contorted the law against women.  Keith Fagundes is the first prosecutor to prosecute women for murder who gave birth to stillborn babies after using illegal drugs.  The California Attorney General’s Office has denounced these prosecutions because the laws against murder were never intended to impose an unreasonable burden of care on pregnant women.

Cases should not be prosecuted based on the District Attorney’s relationship to the victim or the defendant.  Under the current administration, Keith Fagundes has shown favoritism for his friends and prejudice against his enemies.  The Kings County Superior Court recused Keith Fagundes of seven cases because he gave unreasonably lenient deals to the defense attorney, John Sarsfield who represents Keith Fagundes in his own current lawsuits.  In one case, the defendant was faced with 50 years to life for murder using a firearm.  Keith Fagundes offered that defendant a 6-year term.  This offer was rejected by the courts.  The Kings County Superior Court saw that these deals were being made, and intervened to remove these cases from Kieth Fagundes due to the “appearance of impropriety.”

Fagundes never denied that he sent the sexually explicit texts to Waggle, but rather, minimized his conduct by asserting it was guy talk that one would see on Facebook or TV.  Also, Waggle alleges that Fagundes engaged in several acts of prosecutorial misconduct, which if proven, would constitute crimes.  In any other job, Fagundes would have been walked off the job based on these allegations alone.  But because he is an elected official, he remains seated as the District Attorney.  Instead of offering his resignation based on these serious accusations, Fagundes turned around and sued Kings County for refusing to pay for his private attorney.  Keith Fagundes has brought scandal to his office and his actions are unbecoming of the office he holds.

Sarah is a San Joaquin Valley native.  She grew up in Clovis, California, and attended Clovis West High School.  Sarah earned her undergraduate degree at the University of California, Santa Barbara in 2001. In between college and law school, Sarah spent a year working in Congress.  Her first day of work was on September 11, 2001.  She attended Southwestern School of Law in Los Angeles from 2002 to 2005 where she received a Juris Doctorate degree.  During law school, Sarah interned at the Kings County District Attorney’s Office where she won her first jury trial as a law clerk.  Sarah became a lawyer on December 1, 2005.

Sarah has been a practicing attorney for 16 years.  The first 9 years of her career were spent at the Kings County District Attorney’s Office.  There, she prosecuted numerous types of crimes, such as homicides, gang offenses, sexual assault, white-collar crimes, juvenile offenses, and prison crimes. As the elected district attorney, she would know what the job entails.  During her tenure as a prosecutor, Sarah developed a strong passion to protect the defenseless: children, elders, disabled people, women, and animals.  As the elected District Attorney, she pledges to advocate for victims of crime who need protection.  She is committed to ensuring a safe community for all of Kings County.

In 2015, Sarah left the District Attorney’s Office to join Dias Law Firm, Inc. There, Sarah handled civil litigation, family law, employment law, and criminal defense.  In 2019, she was promoted to partner with Dias Law Firm, Inc.  As a partner, she supervised and oversaw other attorneys and staff, developing management experience.

Sarah is running to bring integrity, ethics, and morals to the Kings County District Attorney’s Office.  She pledges to create a professional environment for attorneys, investigators, and staff to work in.  She will evaluate a case on its merits.  She will properly charge cases and bring them to trial based on the law.

When elected, Sarah Hacker will pledge to remove the culture of retaliation, hostility, and harassment within the District Attorney’s office and establish an environment in favor of due process and integrity seeking justice for all.