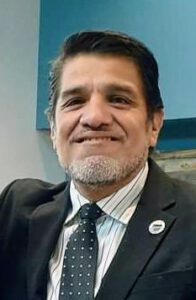 From the Campaign to elect Ruben Macareno

FARMERSVILLE — City Councilman Ruben Macareno announced today that he will be running for the redrawn 33rd California State Assembly District seat representing Tulare, Kings and a portion of Fresno County.

“The Valley truly is home. I am familiar of the highlights and its lowlights. Bringing the district out of the shadows of southern California, the Bay Area and Sacramento is a necessary goal to address our many issues of need. My experience is well rounded as an elected official, a chamber director, work in media and the non-profit arena,” said Macareno.

As a councilman he has led the charge of bringing immediate improvements to his city and setting up a long term plan to develop a downtown and infrastructure to attract business and housing developments. “I was raised here and the city stalled in its overall growth. There are great things happening now.” He cites his many years of diverse experience, activism, and commitment to the valley as his preparation to be effective and deliver for the district as a member of the state assembly.

Before being elected to the Farmersville City Council, Macareno was the Chairman of the Tulare County Democratic Party, had a long-time newsroom career at the Los Angeles Times, worked locally for Proteus, Inc and in Washington DC for the National Association of Latino Elected Officials and for the late Congressman Edward R Roybal.

His “I Care” campaign will focus on affordable housing, good paying jobs and general resources to assist our ag economy such as improved rural roads, the distribution of water and building a new digital economy for the area.

“Sustaining and developing our quality of life for all our families and communities is important to keep in the forefront,” said Macareno.