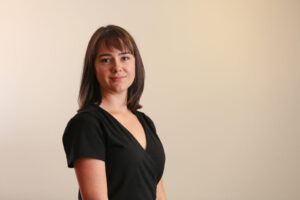 Rayvn Cullor, a reporter for a five-day-a-week newspaper, filed a complaint against besieged Council Member Art Brieno for ‘inappropriate’ comments following a July 21 interview, according to a copy of the complaint filed with the City of Hanford.

The alleged comments were ironic because the topic of the interview was Brieno’s interactions with Darlene Mata, community development director, who is suing the city for $1.43 million for alleged sexual harassment by Brieno.  Brieno was censured by the city council earlier this year following revelations in an investigator’s report that Brieno made comments that were allegedly demeaning about Mata based on her gender.

Curiously the complaint is dated July 14, 2021 but the interview where the comments were made occurred on July 21, 2021, a week after the complaint was filed.

In the latest allegations against Brieno, he allegedly said, according to Cullor’s complaint: “I have to say, you are a very attractive young woman. Your boyfriend is lucky. You must have a sister who is…”

Brieno said the comments were taken out of context.

The next day, Brieno said, he received a call from Cullor which she recorded. Brieno said she asked him about the comments on her physical appearance and a question regarding whether she had a sister. Brieno disputed Cullor’s account on the second point. He said he asked her whether she had any brothers and sisters.

He then told her since she had brought the matter up, it must have been a “poor comment.” The two then discussed whether if she were a male, would he make the same comment?

The Visalia-Hanford-Lemoore Future attempted to contact the publisher of the five-day per week newspaper by phone and email to see why the publication had not done a story on Cullor’s complaint. The call was not returned nor was there any email in reply.

The explanation in the complaint regarding why the reporter wrote no article after her interactions with Brieno was: “After discussion with my editor, we chose not to write an article and to write this letter instead, as to allow me to process the interaction and be rightfully upset, because I no longer had to maintain my own objectivity in the situation.”

Brieno said he asked to talk to Cullor’s supervisor and some days later he got a call from Terri Leifeste, vice president and group publisher of the publication.  Brieno said he gave his side of the story on the interaction with Cullor.

Cullor said in the complaint that she understood his motivation was “…complimentary and not negative. However, an elected official commented on the appearance of a female reporter during a professional meeting, and that is never appropriate. I understand others may have a different perspective on this issue, but I was personally upset by the comment.”

“Women, especially young women, are constantly having their value in professional spaces measured, partly or wholly, by their appearance,” the complaint said.

“Mr. Brieno” the complaint said “said he would make a similar comment to a man, that he seemed healthy or that he must work out. It seems clear to me, though, that a comment on a woman’s inherent appearance and one on a man’s health regiment are very different.”

Cullor also said in the complaint the reference to her sister, who had recently turned 18, made me “…particularly uncomfortable…” Brieno said he asked whether she had any brothers or sisters because he found that these family members support a relative in times of crisis.  He gave the example of his troubles  with Mata and members of the Hanford City Council.

Cullor said in the complaint that Brieno’s comments were not malicious but she added:  Women “…have the right to openly, clearly and publicly hold people in positions of power accountable for the actions which cause harm.”

Brieno said he does not value women by their appearance. “I am going through gender training,” he said. Brieno said he has had three training sessions thus far and the training is not complete. Brieno said his teacher told him “it’s what they (the person who is offended) perceive” that is important.

She said Brieno never apologized for his comments and spent time justifying himself. Brieno said she never said she was offended.

Cullor said the council is required to take sensitivity training and if that training does not include what kinds of comments are appropriate in professional settings, it needs to be included. If an elected official is “…willingly ignoring that direction, and if that member is willing to make an inappropriate comment to a reporter, what’s to say that staff, contractors, constituents, residents and other women who must come in contact with that elected official in a professional context aren’t facing the same thing.”