A press release from the Marisa Wood for Congress Campaign 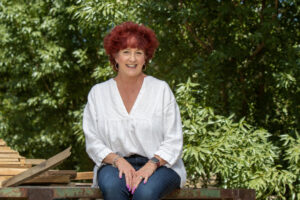 Public school teacher, mother, and grandmother, Marisa Wood announced she will run for Congress against Representative Kevin McCarthy. Marisa has spent the last 20 years serving the Bakersfield community and working with children, and now she’s taking on McCarthy to fight for the women and families in California’s 23rd Congressional District, who he has clearly left behind.

Wood joins the race just one day after McCarthy led the charge to strip Representative Liz Cheney of her leadership position for the simple fact that Cheney acknowledged the accuracy of the 2020 presidential elections. In Punchbowl News, it was reported that McCarthy was in search of a Cheney replacement who “does not pose a threat to them and their power,” to which Marisa responded in a video announcing her campaign. Watch HERE.

“The people in our community are sick and tired of Kevin McCarthy’s self-serving agenda, that is focused more on partisan fights in Washington than on solving problems for families here at home,” said Marisa Wood, candidate for Congress. “I want families in California’s 23rd district to know that I see them, and will use my voice in Congress to ease their struggles. I see the parents who are struggling to find quality child care, and the people who have lost their jobs due to COVID, battling to put food on the table for their families. I see the small business owner, barely staying afloat under COVID restrictions, and the farmers who desperately need water from Northern California to grow their crops.”

Marisa continued, “Kevin McCarthy either doesn’t see those struggling families, workers, farmers and small business owners, or he just doesn’t care. And if he thinks he can he can silence me or shut me up like he does to women that threaten him in Washington D.C., he’s got another thing coming.”

Marisa understands the struggles that many families face in California’s 23rd Congressional District. She and her husband John didn’t have much as they tried to save for a home, all while raising their three children on an apple orchard where John worked. She knows that families need jobs that pay the bills, access to affordable health care, and an economy that prioritizes workers, growers, farmers, teachers and first responders — not just the super rich and well connected.

Marisa was born in Danville, California where she went to public high school. She moved south to attend California Polytechnic State University, where she met her husband John. Together they moved to Bakersfield in the late 1980s to live on the apple farm where John worked. Marisa raised her children John Sidney, Casey and Jamie on that farm, and Marisa has taught public school and religious education in the community ever since. John continues to work in the agriculture industry.