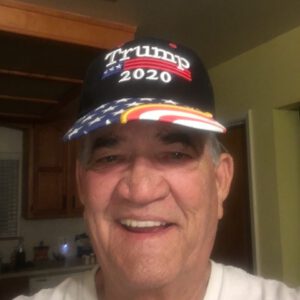 HANFORD –  Longtime community activist Skip Athey died at age 74 on the evening of March 2. Athey had decided to discontinue his dialysis treatment January 30 and go into hospice.

Athey was a key player in the successful recall of then Council Member Francisco Ramirez. Ramriez was re-elected 10 months later and is now Hanford’s mayor.

Athey was a regular at Hanford city council meetings as well as a habitual poster on Facebook under Hanford City Council Actions and Hanford Issues, among other sites.  “He was always looking for stuff he could put on his Facebook pages,” said his friend Bob Ramos. “That’s where he shined.”

For the last six to seven years Ramos, Athey and other Hanford old timers would meet for coffee every day (until the pandemic) at 10 am at Burger King in downtown Hanford for discussion of politics, sports and friendly gossip.

“He had a certain strictness and convictions,” said Ramos who had known Athey for at least 25 years.

Russ Curry, former Hanford mayor, helped retool Hanford Issues, whose last post was February 5, and aided in the launch of Don’t “Skip” the Truth Hanford” on February 6. The Facebook page has nine friends.

Athey wasn’t a big conversationalist, he was a man of few words like the characters in the westerns he liked to watch. He had a strong love for Hanford and would often make it known if he was pleased with a city action saying, “Hanford came out all right.” Athey also possessed an extensive knowledge of the local political players, their background and their actions.

He hosted the “driveway conference” at his home during the summer months. People would gather regularly and while sitting on lawn chairs discuss many things. “This was where policies were set and how problems would be attacked,” said Ramos.

Another friend Lou Martinez, another former mayor of Hanford, said “he was instrumental in helping the community. He had a lot of friends.”

Athey has a daughter Erin Gonzales who lives in Hanford and several grandchildren.