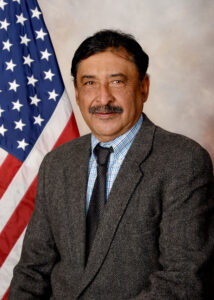 A press release from the office of Rachele Berglund, Esq. of HERR PEDERSEN & BERGLUND LLP

An investigation conducted at the behest of the City of Hanford City Attorney’s office concluded former Councilmember Art Brieno told others he “did not trust a woman to hold the job of Community Development Director, that a man was better suited for that job, and that he did not know how a woman got that job over a man.” The investigation also concluded Mr. Brieno disclosed an employee’s confidential personnel and medical information to others, and publicly ridiculed an employee’s performance.

Although this office has not previously disclosed its involvement in the matter, and attempted to protect its client’s privacy interests, this statement is being provided to help quell misinformation. Darlene Mata, whom this office represents, has acted courageously in bringing forward her concerns, despite knowing the likelihood of public ridicule and misdirected scrutiny based on false information.

Contrary to statements made by the media and other public speculation, these issues do not stem from a “dispute over regulating a popular auto repair business in Hanford.” These are, in fact, very serious matters that relate to violation of state and federal anti-harassment, discrimination and privacy laws, City policy and the Hanford City Council Handbook. To suggest otherwise diminishes the unlawful and inappropriate conduct of Mr. Brieno. To suggest otherwise fosters bias against women and is a disservice to gender equality.

Efforts are underway to bring a full and complete resolution to these matters.