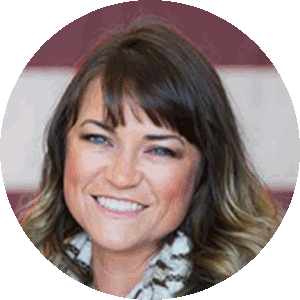 She beat Sorensen by 530 votes out of 4,407 cast, according to Kings County Registrar of Voters. District B was a three-way race that included Jacob Sanchez, who came in third.

Morrow ran once before, in 2018, and came in fourth place.

When it comes to Hanford politics, change is hard to achieve.

First, Sorensen wielded a lot of power on the council and was an entrenched political incumbent having served two four-year terms on the council (2008-2012, 2016-2020), she was a school board trustee for 16 years and served on the Hanford Recreation and Planning Commission.

Second, the city manager and city staff department heads, although nominally serving at the direction of the council, wield an enormous amount of influence. In the last eight years the council frequently deferred to the staff’s recommendations. This isn’t necessarily a bad thing but can be.

Third, Hanford is a conservative, low-key community with strong, entrenched interests that are hard to even identify, let alone challenge.

The biggest and most immediate impact of Morrow’s election is that the long fought over issue of the remaining 18 acres of Hidden Valley Park may finally be resolved.

Successive councils have tried to sell the undeveloped 18 acres of Hidden Valley Park for housing, only to be beaten back by public opposition.

The previous council, including Sorensen, voted to declare the 18 acres as “surplus” and rezone it for low-density residential development, a literal death knell to any efforts to save the property for more green space.

The majority of the current council—Sorensen, Mayor John Draxler, Councilperson Martin Devine—were opposed to putting the money into developing the 18 vacant acres of Hidden Valley Park and would likely have sold it.

Saveourparkland93230, a citizens’ group, refiled an initiative October 22 to stop the sale of the 18 acres and retain the property for parkland. The initiative is going ahead despite Morrow’s election.

But for the initiative to be successful more than 2,600 signatures are required in the next six months to get it on the ballot.

Morrow is a backer of expanding Hidden Valley Park while Sorensen remained opposed to expanding the park even though the property is in her district.

Since Morrow’s election Councilman Art Brieno, District E, said the voters have spoken and there is a good chance for the park expansion to be revitalized.

Former councilperson Lou Martinez said, “…Voters sent a message. Listen up or we’ll change it. You’re there to represent us, not (your) own interests or developers.”

Martinez added Morrow’s election is a “victory (for) green space, not developers. It’s a victory for the community.”

Morrow attributed her victory to knocking on more than 3,000 doors and listening to the voters.

She said Sorensen had “…fallen out of touch with her constituents.” When a public official goes against the will of the people, Morrow said, “it’s a big problem.

Morrow said her leadership positions with the local and state Libertarian Party should not be a problem for her to serve effectively on the council.

She said her intent is to follow the will of the voters. Libertarians want to set the individual free and do no harm. Incidentally, Hanford has a claim to fame in Dr. Kenneth Olsen, who is the vice chair of the state Libertarian Party.

Although Sorensen had a lot of campaign signs, she was quoted in one of the local newspapers as deliberately keeping her campaign low-key.

Sorensen told Morrow after the election that she (Sorensen) was the victim of a smear campaign and that the new council will be in chaos and not accomplish anything. Sorensen did not respond to a request for comment for this article.

In addition to supporting Hidden Valley, Morrow, a former downtown business owner, is a strong supporter of renovating vacant or partially rented city-owned downtown buildings that give downtown Hanford its historic charm.

Morrow is also encouraged that Diane Sharp was elected to Martin Devine’s council seat in District C. Devine did not run for re-election after Sharp moved into Devine’s district. Sharp ran unopposed. Devine said his heart was not in it to run again and said change for change’s sake is not always better.

Sharp previously served in District D after being elected to replace Councilmember Francisco Ramirez after a recall vote in January of 2018. Ramirez won the District D seat back less than a year later beating Sharp in November 2018.

“The people were ignored,” she said “for a long time, especially on Hidden Valley.”