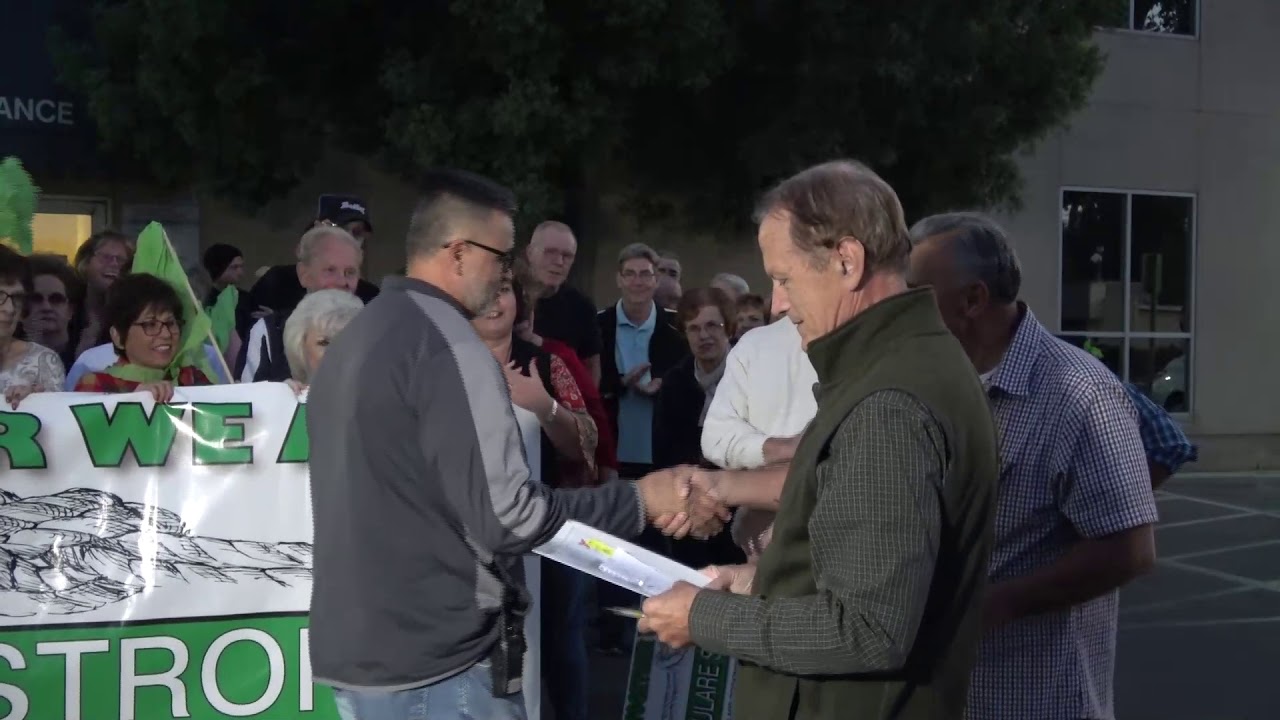 The company’s contract to manage the hospital, the Evolutions Gym, its clinics and other associated facilities, was officially terminated at 5pm Wednesday.

Former employees, Tulare Local Healthcare District board members, and community members began gathering in front of the hospital’s allied services building to celebrate as the clock neared 5pm, and counted down the seconds until the clock struck five.

“We have our hospital back. Because of all of you, and all the rest of the people in this community, this hospital will be greater than it has ever been before,” he said.

They rallied in front of the hospital’s allied building to celebrate the occasion, donning green pom-poms — green signifying healing — as part of the Tulare Hospital Foundation’s “Tulare Strong” campaign.

The board members invited the public to walk through the hospital after the rally in front of the hospital’s allied building.

Kevin Northcraft, chairman of the district’s board, gave a short speech once inside, noting that the occasion was one of the first times board members were allowed in the hospital without the prior approval of HCCA.

“One of the things that we promised is that we would take back our public hospital, and tonight is a real important step in that,” Northcraft said.

“We’re finally getting the financial information that we’ve been asking for since last January,” he said. “We’re not going to continue the tradition of never knowing when employees are never going to get paid.”

HCCA still manages the Southern Inyo Hospital in Lone Pine. That facility is also seeking to exit its agreement with HCCA; a federal bankruptcy court judge is expected to rule on the issue on November 29, 2017, at 1:30pm in Courtroom 11 of the Fresno federal courthouse.

Additionally, the Tulare Local Healthcare District holds tentative weekly special meetings on Tuesdays at 7pm at Evolutions while the hospital’s operations are suspended; for more information on the board and its meetings, visit tularelocalhealthcaredistrict.org or watch the Voice’s Facebook page.

22 thoughts on “HCCA’s Out at Tulare Regional Medical Center”