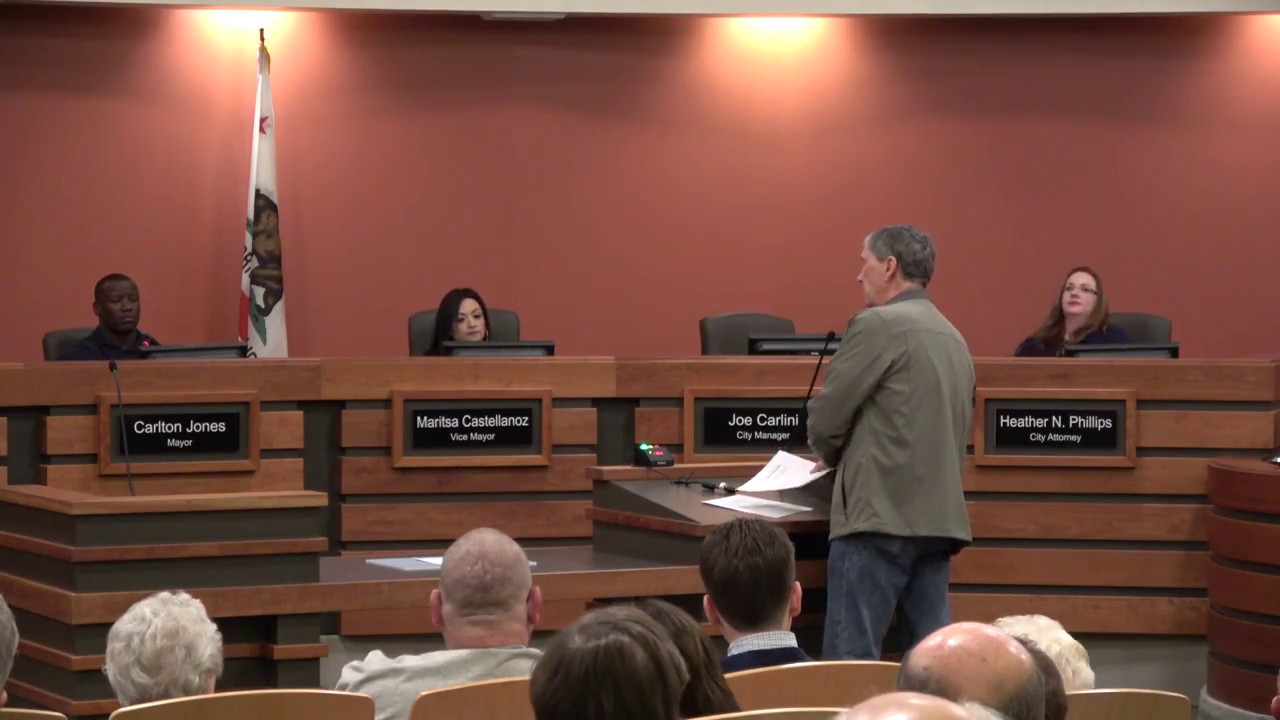 The Tulare City Council — and Assemblyman Devon Mathis — have thrown their support behind a forensic audit of the Tulare Local Healthcare District’s bond spending.

The agenda was set prior to the announcement, made that night, that Mathis’ office would support an audit of the district’s finances.

“We look forward to a strong working relationship with our city council and our hospital board,” Kevin Northcraft, chairman of the hospital board, told the council.

Healthcare Conglomerate Associates is the company which managed Tulare Regional Medical Center from 2014 until the hospital’s suspension of services on October 29. The company still technically manages the district’s hospital, gym, and clinics, but suspended its employees.

All four moves were approved, unanimously.

The board had been told that HCCA would pull its staff from the hospital, he said, causing an involuntary closure that would have led to sanctions from the state.

Xavier Avila, a hospital board member, told the council that the move was necessary to ensure the hospital’s continued operation.

“When you consider the option of allowing [an involuntary closure] to happen, or voluntarily suspending the license, and maybe getting it going in a few weeks to thirty days,” Avila said. “It’s a lot cheaper.” “There has been a long history of questionable activities associated with the management of bond funds by the Tulare Regional Medical Center and the Healthcare Conglomerate Associates,” Mathis’ letter to the district’s board read. “Given the recent shutdown of the hospital, and the implication associated with the closure, I believe that a formal audit conducted by the State Auditor is appropriate.”

“[State Senator Jean] Fuller has expressed the intent of submitting a formal request to the Joint Legislative Audit Committee; I have pledged my commitment to supporting this effort in all aspects,” it continued. 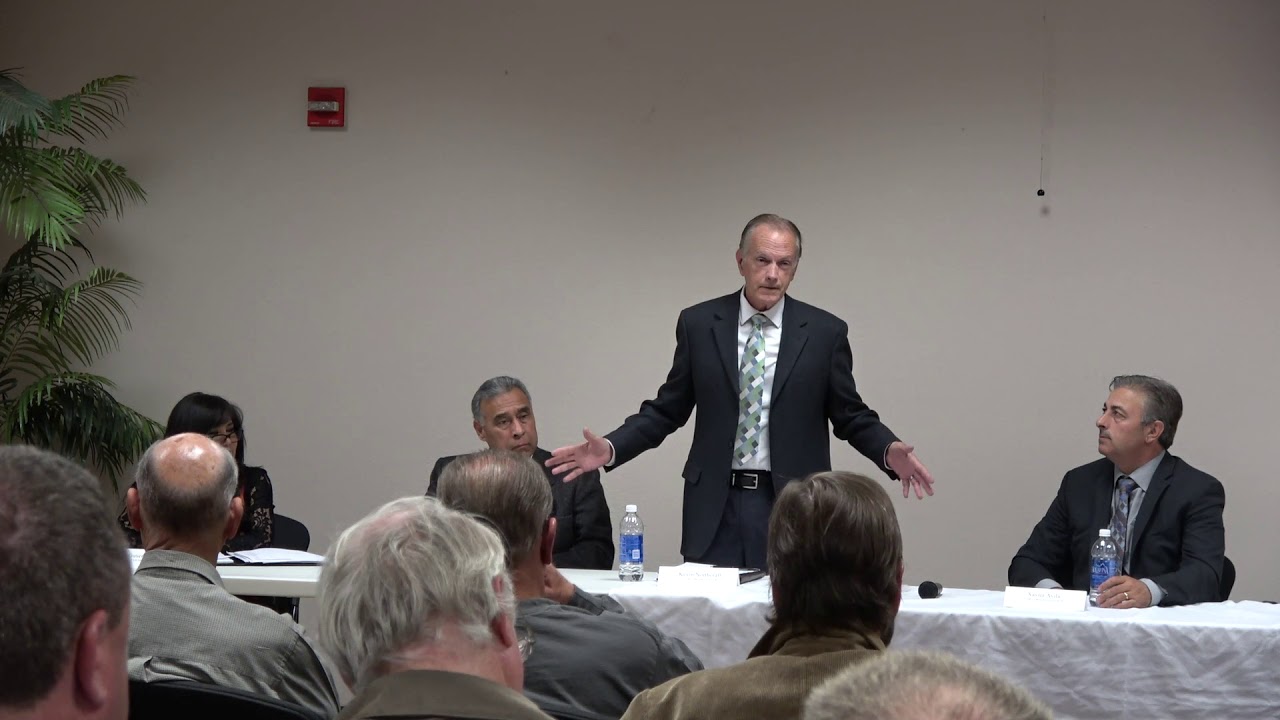 The Tulare Local Healthcare District also heard a proposal to potentially fast-track a reopening of Evolutions.

Tulare attorney Dennis Mederos presented a proposal to the hospital board to reopen Evolutions without any money required from the hospital district.

“The entities that would be involved in this would be economic development entities within the community of Tulare that are indicating that they could very well have funds to help get this business back, going,” Mederos said.

Mederos stated that the concept was to create a new entity that would essentially lease Evolutions’ gym space, including equipment, and take over operations of the gym on an interim basis.

“Whatever the profit would be, would go to the district, so that the district would make the money — not this company,” Mederos said. “It would, in effect, operate as a nonprofit.”

“The goal is — being able to quickly move to get Evolutions itself open,” Mederos said. “We could let you worry about getting the hospital open, and we’d get Evolutions open.”

Mederos said that when the hospital was ready to re-assume operations of Evolutions, there would be a procedure in place to make the new entity “whole” — repay any outstanding debt — and transition the employees to the hospital district.

The board voted to proceed with exploring such an arrangement.

Kevin Northcraft stated that he’d like to see a business plan before finalizing any agreement.

“If we proceed tonight with a conceptual plan, I think we need to look at the business plan and be comfortable with that as part of our due diligence,” Northcraft said. “We replaced a board that never asked any questions. We want to make sure that we’re asking the right questions.”

Northcraft and Jamaica were elected to replace Sherrie Bell and Laura Gadke. Senovia Gutierrez was elected after the recall of Dr. Parmod Kumar. Bell, Gadke, and Kumar were criticized by Northcraft and other board members for supporting HCCA.

Reopening the gym wasn’t taking precedence over reopening the hospital, Northcraft said, although working to accomplish that first may appear counterintuitive.

“[Reopening the hospital] has more ramifications, more state approval, to accomplish that,” he said.

“It’s not like we’re putting these in priority order, even though Evolutions may open first.”

The city council had previously declined to pen a letter supporting an audit — but the hospital’s closure appeared to have shifted the political winds in Tulare with the approval of the aforementioned measures.

“We have our own responsibilities here, as a council,” Tulare Mayor Carlton Jones previously said at the council’s September 19 meeting. “If I wanted to run the hospital, I would have ran for the hospital board.”

Sigala had been the main councilmember pushing for an audit — but he had also previously faced criticism from his colleagues on the Tulare City Council.

“Jose Sigala is running for a higher office,” Tulare Vice-Mayor Maritsa Castellanoz said at the September 19 meeting. “For me, it seems like you’re using this as a platform for your campaign.”

Community members had also previously called for Mathis to support an audit.

Alberto Aguilar, a former member of the Bond Oversight Committee, told the Voice in 2016, that Mathis had told him he couldn’t request an audit. Mathis has consistently denied Aguilar’s allegations.

“He [Mathis] said he won’t do it because he owes Dr. [Benny] Benzeevi a favor,” Aguilar said. “Apparently, he’s [Benzeevi] helping him [Mathis] with a hospital in the Sierra.”

Benzeevi is the CEO of Healthcare Conglomerate Associates.

The hospital in the Sierra is the Southern Inyo Hospital. Its’ board members are now attempting to remove HCCA from the management of its facilities after alleging that the company may have shuffled funds between the two hospital districts without either district’s knowledge, and after a search warrant was served on the Inyo hospital on October 17.

Avila noted what he felt was a change in the community’s attitude, conveyed through recent hospital-focused elections — including the recall of Dr. Parmod Kumar, the rejection of the Measure I hospital bond, and the elections of Kevin Northcraft and Michael Jamaica.

“The voters of this district, of this town, are clearly making a judgement call. So, it’s something I think people need to know,” Avila told the council. “I hope we work together. This issue’s bigger than any one of us, and I look forward to doing it.”