“It’s more of an international award — there are more than 20,000 baby-friendly hospitals and birth centers worldwide, but in the United States, there are only 441,” Callanan said. “And we’re one of four in the San Joaquin Valley.”

“Becoming a Baby-Friendly facility is a comprehensive, detailed and thorough journey toward excellence in providing evidence-based, maternity care with the goal of achieving optimal infant feeding outcomes and mother/baby bonding. It compels facilities to examine, challenge and modify longstanding policies and procedures,” the Baby-Friendly USA website states.

“It requires training and skill building among all levels of staff. It entails implementing audit processes to assure quality in all aspects of maternity care operations. The journey is exciting, challenging, and worth it! It creates opportunities to develop high performance work teams and build leadership skills among staff, promotes employee pride, enhances patient satisfaction and improves health outcomes,” the page continues.

In Defense of Director Richard Torrez

Various citizens spoke for nearly 30 minutes during the meeting’s public comment section to defend board member Richard Torrez — in fact, they were lined up to the entrance of the meeting room.

“My boys were in the boxing club with him,” Dorothy Mosqueda said. “He’s really helped us a lot, and our home.”

Torrez had come under pressure from community members during the last board meeting to vote against the resolution for a $22m hospital loan, and was also portrayed as a puppet in a political cartoon published by Citizens for Hospital Accountability, a group working to recall Dr. Parmod Kumar from his position on the board.

“It takes a certain type of individual to try to come after my father’s integrity,” Torrez’s son, Richard Torrez, Jr., said. “I hope to one day be half the man my dad is — and for anyone to try to take him down or say he’s doing anything that’s against the good of the community and the good of everyone is just incomprehensible.”

“It’s very difficult to run a boxing gym, and him and Kim [Torrez] are doing a great job teaching us and — they’re just good people,” Aldo Romero said. “[Richard] is a great man.”

Later in the meeting, Romero came up again to speak.

“I’ve had bad experiences with the hospital — and yeah, you’re right, bad service, but I don’t think it falls on one person,” Romero said. “To run a hospital, it takes more than one person, just like anything else.”

Near the end of the public comment period, a nurse from the hospital also came up to defend Torrez.

“These accusations, about Richard — who, look at all these people from our community, not a dog and pony [show] — these are citizens that live in this community, raise their children, have their babies at our hospital, and they love what we’re doing at our hospital,” Teresa Berberia, a nurse at the hospital, said. “This hate’s gotta stop. It’s gotta stop — all these people doing this. Dr. Kumar, we don’t want you recalled – there’s a lot of people out there that stand behind you. Richard, the same.”

She also took issue with recent coverage of the hospital from local media outlets.

“Is the Visalia Times-Delta going to talk about [the Baby-Friendly Certification] or are they just going to put the smut campaign that they always put?” Berberia asked.

In addition, the hospital’s medical staff had just finished its first fully democratic election, Dr. Ronald Ostrom told the board.

The prior leadership was essentially self-appointed after the ouster of the prior medical staff, a move which later caused some members of the prior staff to take the hospital to court. That trial finished on May 31, and closing arguments are due on October 2.

Sixty ballots were returned, Ostrom said. Ostrom was the Chief of Staff when the new medical staff was appointed, and was re-elected to his position.

Members of the medical staff were able to vote in what was billed as the first democratic MEC election at the hospital — previously, a nominating committee created a “slate” of officeholders consisting of a chief, vice-chief and secretary/treasurer — and a petition with ten signatures was required to run an opposing slate.

Staff members were able to vote on one individual to fill each position during the recently completed election.

Those newly elected members are:

● Dr. Ronald Ostrom, Chief of Staff and the hospital’s Emergency Room Director. Ostrom also serves at Southern Inyo Hospital and Hall Ambulance, among other positions,
● Dr. Gary Walter, Vice Chief of Staff, who recently made headlines in the Times-Delta for a March 2016 arrest for suspicion of DUI,
● Dr. Jon Miyakawa, Secretary/Treasurer, previously part of a competing slate in 2012, a contentious issue which later caused friction between the prior MEC and hospital board.

During the meeting, board members voted to revise minutes from the January 27, 2017 special meeting.

The hospital’s legal counsel advised the hospital that the minutes were incorrect, Board Chairman/President Linda Wilbourn said.

Board Member Kevin Northcraft raised an issue with the transcript, stating that it was not accurate.

Wilbourn did not state where the recording came from, and the hospital does not publish its own recordings of hospital meetings. An analysis of the Voice’s recording from the meeting, available below, shows that the transcript is not an exact reproduction of the question-and-answer session between Northcraft and Alan Germany, the hospital’s Chief Financial Officer.

Instead, the transcript appears to be a summarization of the conversation between the two, at points inaccurate.

Germany’s response , “We can certainly break down accounts payable, I’ll be more than happy to,” was transcribed to “Yes, we will go into more detail at the next meeting.”

The last question-and-answer exchange appeared to be a specific point of contention for Northcraft.

In both the audio and HCCA transcript, Northcraft’s question was “When can we receive those details?” referring to the report mentioned above.

Germany’s answer in the transcript was, “I am available to answer any questions on financials as necessary.”

Yet, in the recording, Germany’s response is substantively different and longer.

“What I would say is — and one of the questions that was brought up the other day, had to do with the audit, and we are finalizing that or the auditor’s finalizing that,” Germany said. “As we switch to a new firm they’re doing that much more of a due diligence and being very thorough on it, so I actually do not want to take the accounting team away from that in the short term. Certainly for the Februrary board meeting, we’ll be able to present that detailed information.”

Video of the meeting is available below. 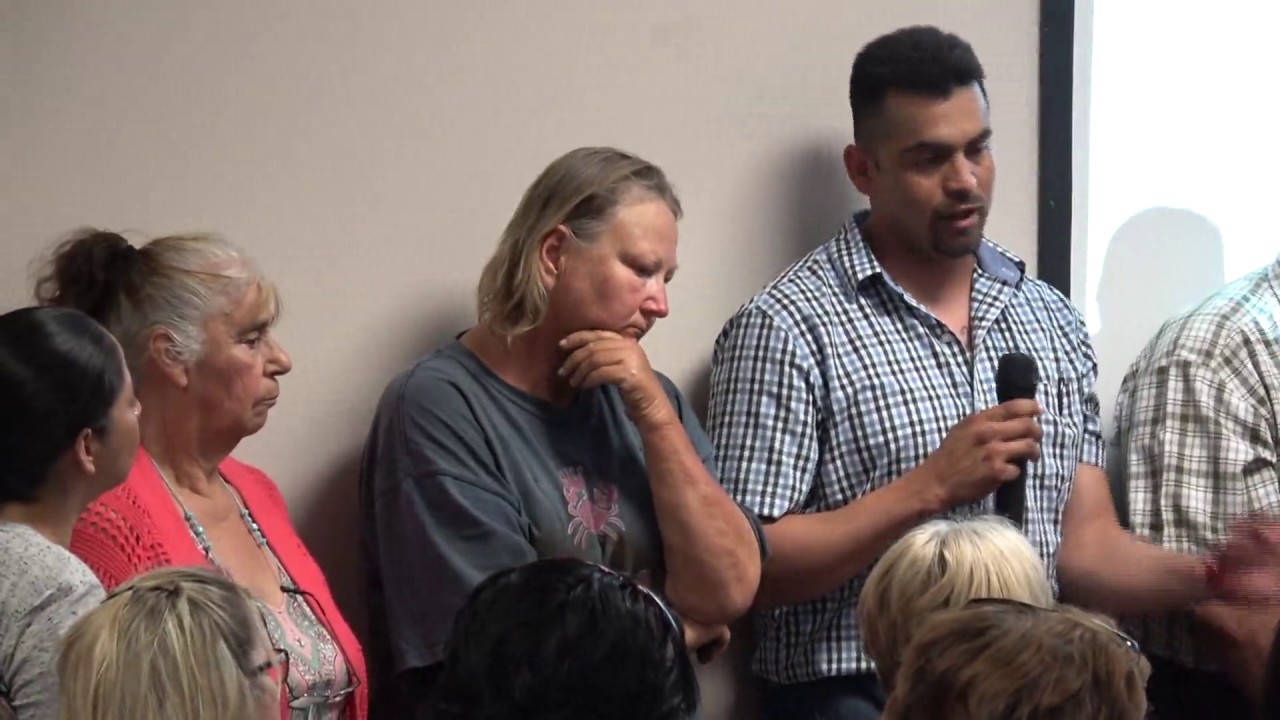